Always an early adopter, Peter Behrend cut his technical teeth writing 6502 machine code on the original UK101 kit computer with its massive 3k of RAM, and has been trying to stay ahead of the game ever since. A product of the Universities of Manchester and Wales, and having worked initially for many years in Library Automation Systems, Peter became involved with Natural Language Processing systems in 2000, and having survived the dot com bubble joined Creative Virtual shortly after its inception in August 2004. Since that time he has led an ever-expanding international technical team and driven the development effort which has seen Creative Virtual emerge as one of the leading suppliers of web-based AI solutions in the world. When not tethered to a piece of technology, he likes to find time for a game of squash, a bit of DIY, or simply exploring the countryside with his camera. 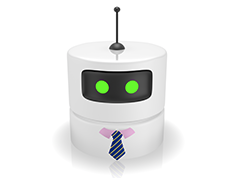 Talk to a V-Person

Quark is always ready to help you find the answers to your questions.

Get Talking
Scroll to top