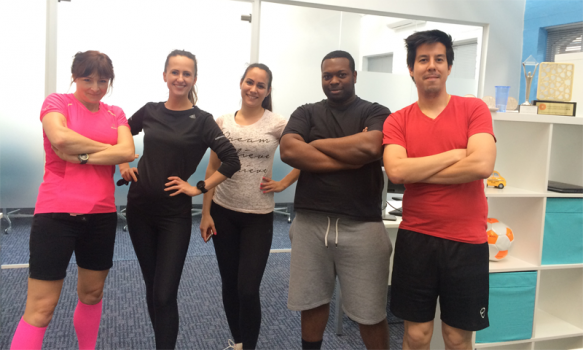 There are a few months a year in the UK when the sun gets slightly bolder, the city comes to life, and the running shoes come off the shelves. Charity runs, once a complete novelty, are now one of the highlights of the warmer season. There seems to be an unexplainable charity run craze sweeping throughout Europe and the world. Here at Creative Virtual we do not only feel it in the air, but are also inspired to take part and understand why we love them so much.

It is for this reason that we will be participating in RunTen, the London Duathlon’s 10k, on 18th September 2016 to raise money for RSPCA. The 10 kilometres separating us from the finish line will give us a chance to dive deeper into this sweeping phenomenon while having a great time and doing some good. In order to get ourselves ready for September, we’ve stepped up our training and are trying to learn a little more about charity runs.

Britain has a very long history of charitable giving, with the oldest events dating as far back as the 12th century. Yet, mass funding events like we see today really started only a few decades ago. One of the very first charity walks was held in 1969 in Bismarck, North Dakota, USA. We have come a long way since then, and in 2012, 26,370 running events were held in the US alone.

Psychologists believe charity runs appeal to people so much because individuals drive meaning and value from having to work hard and suffer for their chosen goals. People seem to be willing to donate more when they believe a fundraising event will require exertion.

Yet, could that be really it or is there more to it?

In order to find out more, I interviewed a few other members of the Creative Virtual 10k team. These individuals have been training regularly to prepare for the event and have participated in similar events before. They represent the perfect sample for our project; they are dedicated, motivated, and most importantly, fun.

Question 1: Why do you think charity runs are so popular? What is it that makes running and fundraising so effective?

Andre Matthews (Knowledgebase Engineer) says, “I think people intrinsically find charities impersonal. Even good-willed people who care about the issues of our day want to make sure their money ends up helping someone. These events allow donors to meet people, feel more involved, and build that trust that is so important. The fact that the RSPCA publicly takes part in such events denotes a sense of drive and passion.”

On the other hand, Laura Ludmany (Junior Knowledgebase Engineer) believes that “charity runs have the power to unite large groups of people under a single cause. The fact that people aren’t just giving money, but are actually ‘doing something’ for the organisation, makes them feel more compelled to dedicate their time to the organisation.”

Personally, I love animals and am looking forward to fundraising for RSPCA. I’ve participated in other charity runs before and feel they unite us together for great causes. We enjoy running together as one, knowing that we are going to help animals in need and feeling good about ourselves and what we can do with our lives as adults.

Question 2: Would you think charity runs might appeal to both runners and non-runners alike?

Andre and Laura replied in a similar way stating, “If you are a seasoned runner, there is always the lure of beating a personal record while fighting for a good cause. On the contrary, people who care enough about the cause will train to be able to do it, and even people who feel less strongly about the cause might want to be a part of it in order to reach a personal goal.”

Kristina Kruminyte (Administrative Assistant) added, “If one enjoys running, why not do it for charity? An individual could both do some good and do what he or she loves best. It seems to be a win-win situation. On the other hand, charity runs might represent a motivation to run for people who care about the cause but do not enjoy the physical exercise. These events help people both care for others, and pursue their own personal goals.”

I’ve run three times in my life excluding while playing basketball and being chased by a monkey. I started running to prepare for this year’s marathon and I can’t stop doing it now! For me, this charity run is a great way to indulge my passion for running while supporting a great charity in a fun way.

Ultimately, it seems like the idea that people derive meaning in striving for something plays a significant role in the popularity of charity runs. Here at Creative Virtual we’ve been training both on our own, as well as with a group run every Wednesday, and are eagerly looking forward to the event. As a company full of animal lovers, we’re excited to be running in support of RSPCA and raising much needed funds for the amazing work they do with animals.

Thank you for your support! Watch this space for more updates as we get closer to race day. 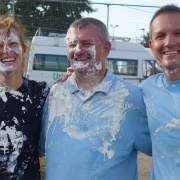 The British 10k and Pie in the Face for the RSPCA 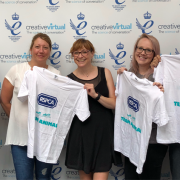 Training for the Virgin Sport 10k for RSPCA 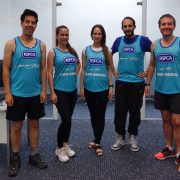 Running Through the Pain: Our 10k for RSPCA 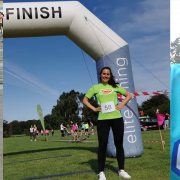 Our Charity Runs for the RSPCA 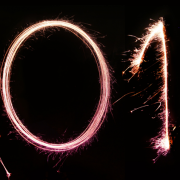 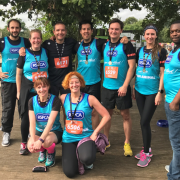 Mission Accomplished: Our 10k for RSPCA