“Your talk was the most down to earth”, an attendee wrote me via the event’s messaging app after I had delivered my keynote “A Hybrid Approach to Machine Learning” at the Chatbot Summit in Berlin.

Now, is that good or bad for a keynote? Shouldn’t I have been breath-taking or ground-breaking or both – instead of down to earth?

Gaging by the talks we had later at our booth, it was a compliment. Creators of chatbots, as well as potential buyers, were happy to see a way out of the current AI craze where unsupervised machine learning seems to be the one and only solution and the power of the human brain is overlooked – and which requires enormous amounts of groomed, relevant data.

In fact, the chatbot community struggles to add learning, conversation and personalisation to their systems, which are very often highly scripted things. I spoke to a chatbot builder who was forced to use algorithms to create training data. Puts a new spin on the “artificial” in Artificial Intelligence.

There was also a lot of uncertainty about how to move chatbots into the enterprise world. A world of timelines, budget, ROI and predictability. Again, what it takes is a robust, proven, down to earth approach to each project, combining the virtual (artificial) intelligence with the real and unlocking existing silos of information. Not everyone from the chatbot crowd was happy to hear that though.

Nonetheless, it was a fantastic, energising event! I was pleased to join this buzzing chatbot community (we had our first discussions with other attendees while setting up our booth; it wasn’t even 8am!) and to learn that the number of bots is currently growing faster than the number of apps grew when the age of the apps began (and it is in decline again already). It is even fair to say I was touched to see a technology lift off that Creative Virtual has fostered and helped grow for over a decade – in fact, some of our senior management team started this in the last millennium. 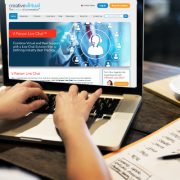 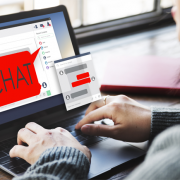 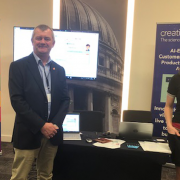 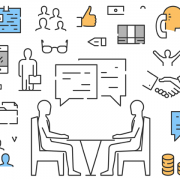 Employee Engagement and the Digital Workplace 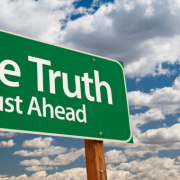 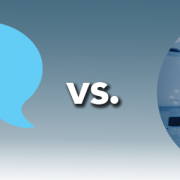 Live Chat vs. Virtual Agents: A Story of Overcoming the Divide to Work Together in Perfect Harmony