Times are a-changin’. After a transatlantic phone call with me several years ago, my now 94-year-old grandfather marvelled to my parents about how clear the line was and how easy it was to understand what I was saying. It was nothing like the international calls he used to get from his sister many, many years earlier! Compare that with the expectations of my 4-year-old niece. I recently had to explain to her what a payphone is (or was!). For her, it’s normal to be able to FaceTime with me even if we have the Atlantic Ocean between us.

Technology is changing and so is the way we communicate with each other. There certainly is a generational change taking place. With over 3 billion users around the world, messaging apps are quickly growing in popularity. A recent Forrester report identified the top three apps as being WhatsApp and Facebook Messenger with more than 1 billion active users each, and WeChat with 806 million active users. Users are increasingly turning to these and other messaging apps to communicate with each other. While one study found that consumers currently prefer SMS over messaging apps for communicating with businesses (see chart below), the results showed that they are also open to engaging with companies through these platforms too.

So why should organisations care? According to Forrester’s The Future of Messaging Apps report, messaging apps combine the three keys to powerful digital relationships: frequency of use, emotional connection and convenience. This makes them a prime channel to deepen conversations with customers. In China, a typical customer in a metro area spends 10.4 hours a week using WeChat and over half of them open the app more than 10 times per day. Messaging apps are also achieving some of the highest interaction rates for both UK and US customers according to Forrester. Brands would be foolish to ignore this opportunity to allow customers to engage with them through these platforms.

Earlier this year Facebook created a buzz with their announcement of chatbots to allow businesses to deliver automated service and support to customers through Facebook Messenger. While technologies such as natural language processing, machine learning, AI and semantic search are currently viewed as being part of a separate market, Forrester sees them as blurring the lines between messaging apps and chatbots in the future. With the popularity of apps like Facebook Messenger and WeChat, it’s likely that these will be the platforms where customers will cultivate their expectations of AI-based tools, such as intelligent virtual agents.

Chatbots and virtual agents are perfect tools for offering self-service through both messaging apps and SMS. For companies already providing these solutions on other channels such as their website, it’s a no brainer to extend the virtual agent to a messaging platform. By using the same knowledgebase, organisations create consistency across channels and eliminate the cost and time involved with maintaining separate tools. For companies not currently offering a virtual agent, messaging apps are a great way to introduce customers to self-service chatbots. And because the same knowledgebase can be used for self-service across other customer contact channels, they can quickly and easily deploy their conversational virtual agent to those channels to create a consistent experience and maximise their investment.

Companies do need to be careful though when selecting a chatbot solution for platforms such as Facebook Messenger and WeChat. Deploying a siloed solution that’s not integrated with other systems can be detrimental to the ultimate goal of providing a seamless, omnichannel experience. The five point checklist Choosing a Virtual Agent Solution for Instant Messaging Platforms and SMS outlines some important questions for organisations to ask before adding a chatbot to these channels.

As Forrester analyst Thomas Husson writes on his blog, “Messaging apps will introduce a paradigm shift for marketers where interactive and contextual conversations will replace ad broadcasting. New conversational interfaces will drive deeper relationships between consumers and brands.” Times are a-changin’ and organisations that don’t change with them are going to be left in the dust. 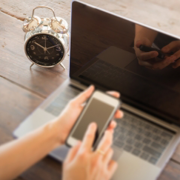 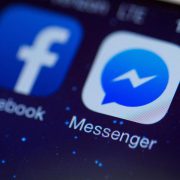 Facebook Messenger, Chatbots and the Opportunity for Customer Engagement 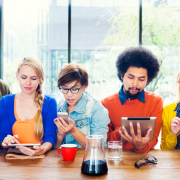 Don’t Call Me, I’ll Message You